An accredited professional and award-winning business expert, Wendy has been helping individuals, businesses and organizations develop and deliver their marketing and communication messages efficiently and effectively for more than 25 years. She has been billed as “the Empress of PR” by Mark Victor Hansen, co-creator of the Chicken Soup for the Soul publishing empire. In fact, it was her work with Hansen and his network over the years that led to her firm’s specialization today. In addition to Hansen, Wendy’s client list has included the late Art Linkletter, CEOs and entrepreneurs, military and law enforcement personnel, elected officials and political candidates, as well as civic and nonprofit organizations.

Prior to founding her firm in 1997, Wendy was the Manager of Special Events for telecommunications industry leader Sprint, where she had previously worked in internal communications and was a core member of the team that developed and launched the company’s first intranet. She came to Sprint after serving as Executive Director for a United Way agency that provided substance- and violence-free activities for over 14,000 high school students in Orange County, Florida. She has widespread experience in fundraising and volunteer management.

Throughout her career, Wendy has been extensively involved in leadership roles in her industry and the Central Florida community.  She has been named by the Orlando Business Journal as one of Central Florida's most influential people and honored as one of its “40 Under 40.”

Wendy is Chair of the Orlando Regional Chamber of Commerce Board of Advisors. A long-time board member, one of her many roles over the years was Chairman of the Accreditation Committee.  She led the organization’s successful application process to achieve five-star accreditation. Of the more than 7,077 chambers of commerce in the United States at the time, only 89 had been awarded Five Stars, putting the Orlando Regional Chamber in the top one percent of all chambers nationwide.

Wendy chairs the programs and professional development committee for the Public Relations Society of America’s Independent Practitioners Alliance (“IPA”).  She has produced and hosted the section’s monthly business-building webinar series for nearly seven years.  She was honored by her peers with the inaugural IPA “Indie” Award for outstanding contributions as Professional Development Chair and Program Coordinator. 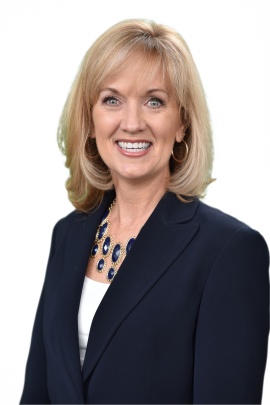 A vocal advocate for economic development, Wendy is on the Investor Relations Committee for the Orlando Economic Partnership.

Wendy is a Past Chairman of the Apopka Area Chamber of Commerce (having been elected two consecutive terms), a past president of both the Public Relations Society of America’s Sunshine District and the Florida Public Relations Association’s Capital chapter, a past board member of the University of Central Florida and Leadership Orlando alumni associations and past president of both the Alpha Delta Pi and Greater Orlando Area Panhellenic Alumnae Associations.

An avid reader since childhood and a strong proponent for the importance of ongoing professional development, Wendy describes her work as “the perfect mix of career and passion.” She credits her love of business books as the catalyst that led to her niche with executives and business professionals.

Wendy loves fiction, but mainly as a hobby. She fell in love with crime drama early on, devouring the entire Nancy Drew series before moving on to the Hardy Boys series, all during a single summer.  As she grew older, international best-selling crime author Patricia Cornwell easily became one of her favorite fiction authors.  So, it’s no surprise that as an adult, Wendy successfully sought permission to shadow local law enforcement, going to crime scenes and sitting in on suspect interviews. She even spent time with the medical examiner and watched an autopsy performed at a county morgue, as part of her research for a crime novel she hopes to finish one day (ironically, it was the same morgue, Ms. Cornwell, herself would visit a few years later!).  In that same vein, Wendy was thrilled to have her house used as a set location for an episode of Discovery Health Channel’s hit TV show Dr. G: Medical Examiner.

Beyond the literary world, Wendy enjoys a variety of interests, including traveling, hanging out with friends Pilates, sushi, good red wine, and growing pineapples.  She is especially passionate about animal welfare.  She has rescued many animals in distress over the years, including a disabled baby bunny intended as gator food; Wendy readily brought him home, where he became a favored family pet for nearly a decade.

Wendy and her husband of 20 years, Dean, share their empty nest with two beloved shelties:  Faith, a bundle of energy who firmly believes the meaning of life is to play hard, take frequent power naps, and when you really want something, let people know quite vocally; and Murphy, a gentle soul adopted from Mid-Florida Sheltie Rescue who has taught everyone that with a family’s patience, love and nurture, a dog and his abilities really can reach their full potential!